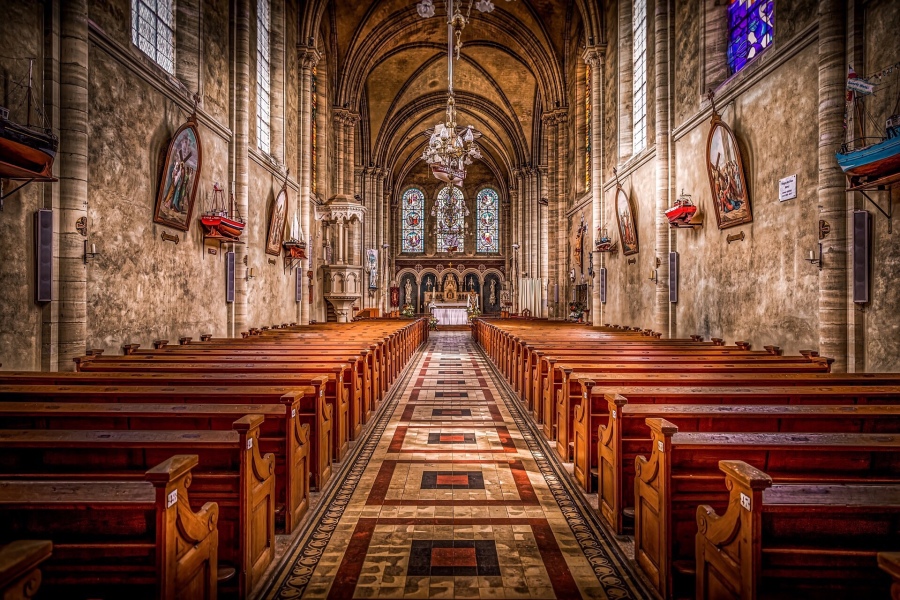 Misconception: Being more faithful to church will help me with my loneliness.

While many evangelicals would love to say this is the “cure”; it isn’t (Without question, it has the potential to be, and ideally, it should be, but far too many churches are missing the mark). Many believers are disillusioned due to lack of connection within their local congregation.

Shelia Walsh wrote in her book, It’s Okay not to be Okay,

I find the level of denial in the body of Christ deeply troubling. The church should be the best place on earth to show up as you really are and tell the truth, but so often it’s the opposite. We smile and say we’re fine as we drag our weary hearts and unbearable burdens through the church doors, and all too often we leave the same way. Why do we pretend to be okay? Perhaps it’s because we are ashamed of what’s true. We don’t want people to think less of us. We’re afraid they’ll reject us. We think we’re supposed to be okay because everyone else seems to be okay.[i]

How devastatingly true this is. How many times have you shown up to meet with your local congregation and pretended everything was okay, when deep down you wanted to spill your guts about all you’ve been going through? Sadly, we bottle it up because “no one would understand.” We continue hiding in our cave of loneliness because these other people have never felt this way, or spoken the way we have, or had the thoughts we’ve had, or caved to temptation like we did this past week. Is it any wonder people say they don’t “go to church” because the church is full of hypocrites?

The truth is, the church of Jesus Christ is made up of broken people. Unfortunately, many of these broken people succumb to the pressure of putting on heirs. Many evangelical churches across the country have not provided an environment that welcomes brokenness. Jesus welcomed brokenness. He was called the friend of sinners. Sinners felt comfortable in the presence of the most holy man who ever lived. So why do we feel uncomfortable when we meet with the congregation of believers whose holiness can’t even compare with that of Jesus’?

Suppose you are out shopping, and you see someone you know. In fact, you know him because you visited your relative’s church, and you are almost certain he is her Sunday School teacher. You walk up to him to say hello but before you make it, you are stopped in your tracks by the foul language that is spewing from his mouth. Surely you heard wrong, but he continues, and you can’t believe your ears. You walk up to him and re-introduce yourself and say, “Aren’t you the Sunday School teacher at ____________ Church?” He cuts a sideways glance at the people he’s been talking to and replies that you have the wrong guy (although you’re certain you don’t).  You insist, and suddenly he is cussing you out and making you feel like an idiot for even suggesting it. How do you feel? Angry? Sad? Disappointed? Disillusioned?

A few weeks later there is a guest speaker at your church, a man who has a local outreach who will be presenting the work he’s been doing and then bringing the Sunday morning message. Your jaw hits the floor as you see the Sunday School teacher from your relative’s church walk up onto the platform. What do you do at this point? Get up and walk out? Make a scene? Turn him off? Tell everyone after the service that this guy is a hypocrite? You just sit in amazement that this man has the gall to show his face. What sickens you even more is seeing people enjoying the message, taking notes and admiring the work he is doing as a servant of the Lord.

Who is this man? The apostle Peter. The man who forsook his Savior and friend in his darkest hour, denied being a follower of Jesus Christ, and cussed out a little servant girl who was certain she had seen him with Jesus. This is the same man who will be preaching a few weeks later at Pentecost and take the position of leader among the apostles.

Have you ever wondered why the other ten disciples so willingly let a man like this be their leader after such wretched behavior? Why they would let him preach at Pentecost? Perhaps it was because they saw him as a broken man, just like them. They couldn’t judge him too harshly because they too had forsaken Jesus (Mark 14:50). Perhaps they knew that the words he voiced were the very words they had thought, and though they had not denied Jesus with their lips, they were certainly guilty of Titus 1:16, professing to know Jesus but denying him by their actions.

What happened between these two events? The disciples and Peter saw the grace of Jesus in action. They saw how Jesus received broken people like themselves and restored them back to health. They did not look down on each other for their shameful decisions but saw each other as broken, just like them. Each understood that any sin is only one bad decision away, and none of them were immune.

Their failures equipped them to lay the foundation for the church of Jesus Christ, and what a church it was. Never had they been so consumed with compassion and authentic connection. The most prideful disciple, Peter, bleeds humility as he writes his two epistles. John, one of the brothers who wanted to call down fire to consume people who rejected Jesus (Luke 9:51-56), speaks more of love than any other writer of the New Testament. These men who bickered and fought now had a connection that was unfathomable only months before -a connection that could only be severed by death. In fact, their emphasis on community was so strong that people were giving their hearts to Christ and then selling all they had to help other believers who were in need (Acts 2:53-45).

The connection these men (and women) shared did not come from faux fellowship on Sunday mornings. Their goodness and holiness and righteousness were not what united them (in fact, if you read the gospels, these were the elements that fed their pride and divided them).

So what was the bond? How did these people have such a strong connection that went beyond the obligatory Sunday morning handshake and howdy do? The bond was brokenness. Nothing unites two hearts more strongly than brokenness. So, how do I find this kind of connection in an hour or two on Sunday? You don’t. You find it in your home or at a coffee shop, or at a restaurant Monday through Saturday as you share your life with others. But there’s a catch -the more you do this, the more susceptible you become to having your brokenness exposed.

Have you ever wondered why “church people” never want to see you any other time than at church? Because we’ve been taught to guard our “testimony” with our lives, and that translates to hiding our brokenness. Don’t let anyone think you are anything but perfect. And what’s the best way to hide our brokenness and “guard our testimonies”? By hiding behind our 2-3 hours of piety per week and avoiding people the remainder of the week.

Will “going to church” cure your loneliness? Nope, not if the meeting is an end in itself. However, your local congregation is a great place to find Monday through Saturday connections. Reach out to someone at your local church. Invite him/ her to coffee, breakfast, dinner at your place. Let that person get a glimpse of the person behind the Sunday morning piety, and I can assure you, you’ll be well on your way to finding a cure for your loneliness. God bless you in your journey of growth.